Our January report focused mostly on 2020’s annual statistics. This report will put most of its attention on quarterly and monthly indicators, which better illustrate changes occurring as 2020 progressed and 2021 began.

Of Bay Area counties, San Francisco was most negatively affected in the months immediately following the implementation of shelter-in-place. Inventory soared and sales plunged, especially in its condo market. In the second half of the year, buyers rushed back into the market.

Sales volume, very unusually, peaked for the year in December, hitting its highest point in history (for December). Home sales in January were up 67% over January 2020, a tremendous increase. Year-over-year, house median sales prices are up a little, and condo median prices, divided by size of unit, were down about 10%.

The city remains a very complex market, varying by neighborhood, property type and price segment. And vaccines may alter dynamics considerably in 2021. 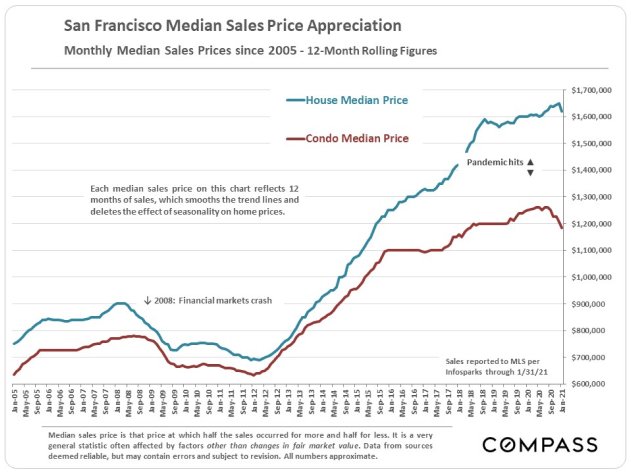 New listings coming on market jumped up in January, as is the norm. The market seems to be heating up much more quickly than typical at the beginning of the new year. 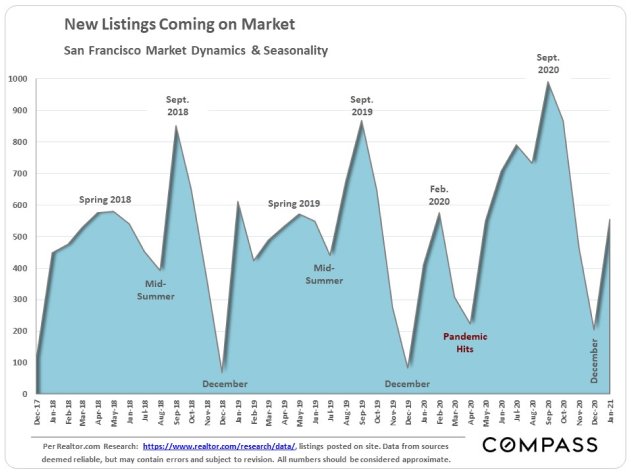 This next chart illustrates the rapid growth in inventory that occurred after the pandemic struck: The spike was heavily weighted to condo listings, which hit an all-time high. In the last 3 months, inventory began dropping quickly - due to increasing demand, a drop in new listing activity, and a jump in listings being pulled off the market by sellers in December for the holidays. 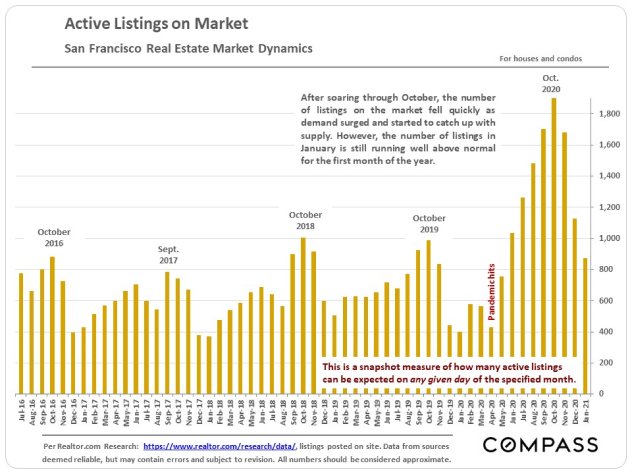